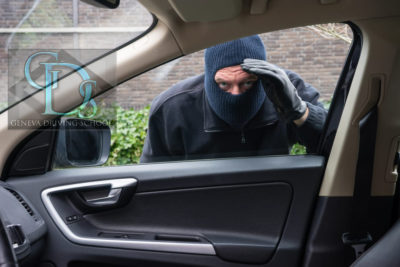 Once again Geneva wins the prize for the highest level of car theft Switzerland. According to Zurich Insurance, Geneva leads by far. Vaud is a distant second. Zurich says there were 200 times more vehicle thefts in Geneva than in Zug in 2016. In addition, since 2014, the number of thefts in Geneva has risen by 30%. “Of the vehicles stolen, only a small fraction are recovered”.

Car theft Switzerland. The number of thefts in Geneva grew from 153 in 2014 to 202 in 2016, and this is only among those with vehicles insured by Zurich. At the other end of the scale were the cantons of Appenzell-Ausserrhoden, Appenzell-Innerrhoden, Glaris, Nidwalden, Obwalden, Schaffhausen and Uri, where no Zurich-insured vehicles were stolen in 2016. Only one was stolen in Zug.

The Swiss Statistics office says 42,178 vehicle thefts or attempted vehicle thefts were recorded by the police in Switzerland in 2016. Only 1,372 (3%) of these theft cases were solved.

Switzerland’s French-speaking region stands out as the worst affected region. There appears to a correlation between theft and having a border with France. In the centre of Switzerland, the risk is lower because these regions are further from international borders. Ticino appears to be an exception however. Despite bordering Italy, relatively few cars are stolen (16). Zurich thinks this might be because there are fewer expensive cars in Ticino. “The more expensive the car, the greater the risk of theft” said Ralph Echensperger.

The cars most likely to be stolen are Volkswagens, 13.8% of total thefts. Prized for their high emissions…..

Driving a cheap unpopular car could be one way to reduce the risk. Moving to the centre of Switzerland is another strategy.