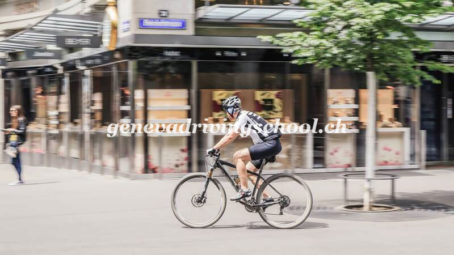 Hans-Peter Portman, a parliamentarian from Zurich, wants cyclists who break the road rules to suffer the same penalties as drivers. Last week, he, along with 72 other members, signed a parliamentary motion to have the sanctions stiffened for errant cyclists.

According to Blick, the most common transgressions are crossing white lines, running red lights, weaving between stationery cars, and cycling on the footpath. Fines for these offenses currently range from CHF 20 to CHF 60.

Hans-Peter Portman’s motion proposes hitting cyclists with the same fines and penalties as drivers. Under the plan, a cyclist running a red light would face a fine of CHF 250, the same as a driver. Serious violations would result in a loss of licence.

Thomas Rohrbach, from Switzerland’s Federal Roads Office (FEDRO), admitted that the Police spend more time policing drivers than cyclists, pointing out that a car can cause more damage than a bike. He also admitted that it was rare for a cyclist to lose their driving licence, something that typically only happens if drugs or alcohol are involved.

Evi Allemann, president of the association for transport and the environment has a different view. She thinks reckless cyclists are a minority that are causing problems for the majority of other bikers who follow the rules. Instead of fining cyclists she thinks it would make more sense to improve cycling infrastructure.

Cyclists are sometimes victims of rule-breaking drivers, in particular those who park illegally. To illustrate this point, after getting ticketed for not cycling in the cycling lane, New Yorker Casey Neistat created a video of his attempt to cycle around the city in cycling lanes. The video, which looks very painful, went viral.

In 2015 in Switzerland, 4004 cyclists were injured or killed, representing 18.4% of total Swiss road accident victims. Cyclists were ten times more likely to be killed in and accident than car drivers.